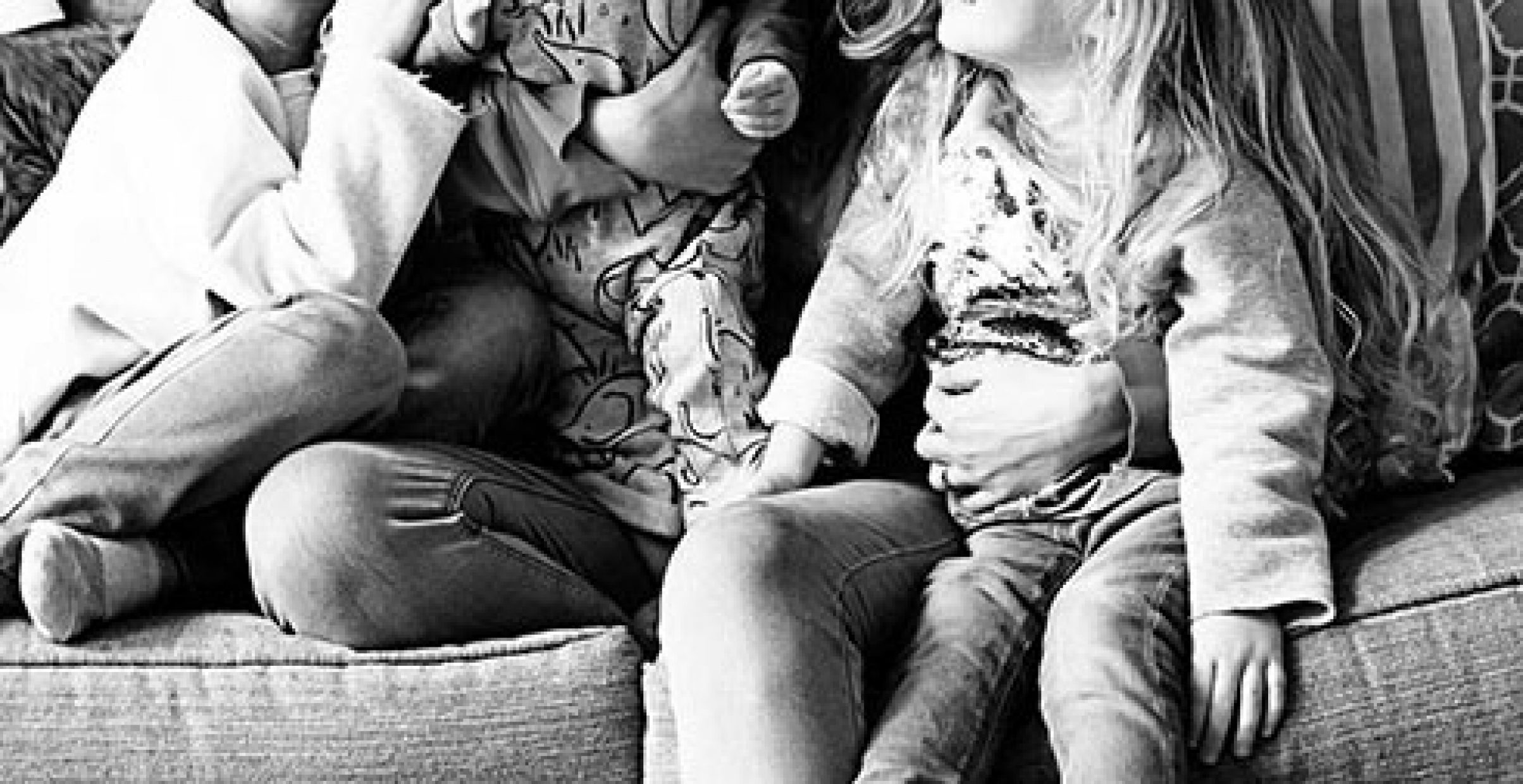 How do you know when your family is complete?

A couple of months ago I was sat in my local Costa on my own drinking a hot chocolate as I was slightly early for an appointment. There was a lady in there with a baby, she must have been about six months old. She was completely and utterly engrossed in her little girl, it was like there was no one else in the room, and she sat there holding her high in the air and blowing raspberries on her tummy. A normal occurrence really, nothing out of the ordinary. Except if anyone had been watching me I probably looked slightly odd as I couldn’t take my eyes off the two of them. I see babies and mums all the time, every single day, and most of the time I don’t even give them a passing thought. But for some reason I sat there drinking my hot chocolate and my only consuming thought was ‘I won’t ever get to do that again’. For a brief second it made my heart feel so heavy and I felt like I could burst into tears.

Then a week or so ago I was at a dentist appointment, just a routine check up as I am currently going through Invisalign brace treatment. They had to do some filing to my teeth so they slowly lowered the chair until I was practically lying down in it. They went about their business and I couldn’t talk as they were busy tending to my teeth. Again the strangest feeling came over me. For some unknown reason I found my mind flashing back to my c-sections, presumably because it was a similar thing of lying flat looking up at the clinical lights. I had the same though yet again ‘I won’t ever get to do that again’.

When I was younger and I imagined my perfect family set up, I always imagined two children.I think partly because I have a younger sister and also because both my mum and dad have one brother each. Two children was always mine and Jon’s plan. Lottie was born in February 2013 and for a while I felt like our family was complete. I didn’t have a particularly strong yearning for another baby, I wasn’t broody at all, and we just assumed we were done and perfectly happy with two- we even got rid of pretty much all our baby things. When she turned two however things began to change and we started talking about the possibility of having another baby. It wasn’t something that came naturally to us, none of my friends had three children, and we spent a long time talking about the practicalities of having three- having to eventually get a bigger house, a bigger car, and the thought of having to buy three pairs of school shoes at the start of a new term.

We thought it over constantly for a long time until our minds were made up, and the rest is history. Our darling Wren arrived in April 2016 and I treasured every single minute of his pregnancy and early days. This time around though, rather than feeling like instantly we were ‘done’ and that was it, even in the hospital after my c-section I had this such strange emotion. I felt sad that this was the last time I would be doing this, that the newborn days would be the last ones I would experience. I found myself clinging on to time in his early days, not wanting to miss a second. He was technically our ‘hardest’ baby- he wouldn’t sleep unless it was in my arms, he rarely slept longer than an hour until he was ten months, and I was permanently exhausted. I also found my c-section recovery a lot harder the third time, with it taking me a long time to get back to feeling myself. Yet at the same time I felt like such a more confident parent, I felt happy and content, and I felt an ease that came with having done it twice before. It seemed like the more I did this parenting malarkey, the more I enjoyed it. Don’t get me wrong there were of course hard parts, there always is, but I really enjoyed the third time around most of all.

For a good year now I have joked to Jon that we should have a fourth. He goes through varying degrees of emotions- most of the time he will say categorically no way, then the next when we have had a good few weeks of parenting he will say maybe. But deep down he is done, he is happy with our three healthy children and he feels our family is complete. The question is what do I feel?

For the most part I go through day to day thinking that three children is perfect and we more than have our hands full. None of my local friends have three children, let alone four, and if I ever say ‘I would have another’ they look at me like I have grown an extra head. I know friends online who have four but on social media you only see a small proportion of someone’s life. None of my family have more than two and I do think my family would think we were crazy if we decided to have another. I think three children is becoming more ‘normal’ these days, but I think four is definitely a whole different situation. I know that people will always say that you will never regret having another baby, and I know that much is definitely true, of course you wouldn’t. But at the same time I want to be the best parent I can be to my children and I worry that if we had another one my time would be spread too thinly.

We have a big enough car and we have a big enough house, but that nice new forever home we moved to will definitely become smaller again if we had another baby sharing Wren’s room. Even now I wonder what it will be like with three teenagers lounging about. Also for the moment we are comfortable financially but we have been through periods of difficulty in the past, and I would be so worried that we might not be able to afford four children in years to come. Yes you can cut back of course you can, but at the same time you want to give your children the world, and neither Jon or I have stable jobs. I do this and work freelance and Jon is on a rolling contract. One of our big passions is travelling and we worry how we are going to do that with three children once Wren turns two, let alone adding a fourth. Although a little voice inside of me says that I didn’t go abroad when I was young as we couldn’t afford it, and I don’t feel like I missed out on anything.

Yet at the same time for all those practical reasons why staying with three seems the best option, there is always this tiny voice in my head saying that we could just have one more. I can’t imagine not going through the baby days again, I can’t imagine not growing a baby or breastfeeding a newborn, and I would love to see my children with another sibling to love and cherish. The greatest thing to me in the entire world is watching my babies together and I would love to see them with another. When we had Maddie I would never have dreamed of having more than two children, but now there is a small part of me that would love a huge big, chaotic family. The more babies I have the more I seem to want. The thing is at some point you have to stop, you can’t just keep on having children.

I think Wren is just suddenly growing up quickly, he is rapidly approaching two and the baby days are well and truly behind us. It’s just starting to make me think about our family and our lives together. I never knew what kind of mother I would be and while I am certainly not the perfect one, my children are my world and being a Mum is by far the greatest thing that has ever happened to me. I can’t imagine drawing a line under the baby days. But at the same time I truly know how lucky I am to have one healthy child, let alone three, so I wonder whether I need to just accept that our family is complete.

I think for me, categorically saying ‘No we aren’t having any more’ feels very final and that’s what makes me emotional. Whereas if we just sort of adopt the ‘never say never’ approach then as time goes by and our children get older and more independent, the yearning might just go away and we will grow together as a family, and perhaps my feelings will just diminish?

A complete rambling post, but does anyone else feel like this? Do you feel ‘done’ or do you yearn for another baby? If you do, then what is stopping you? Finances or something else? Or do you 100% know that your family is complete? I would love to know. Some old photos of me and my babies because they are either at school or down for a nap and so I have no recent ones! 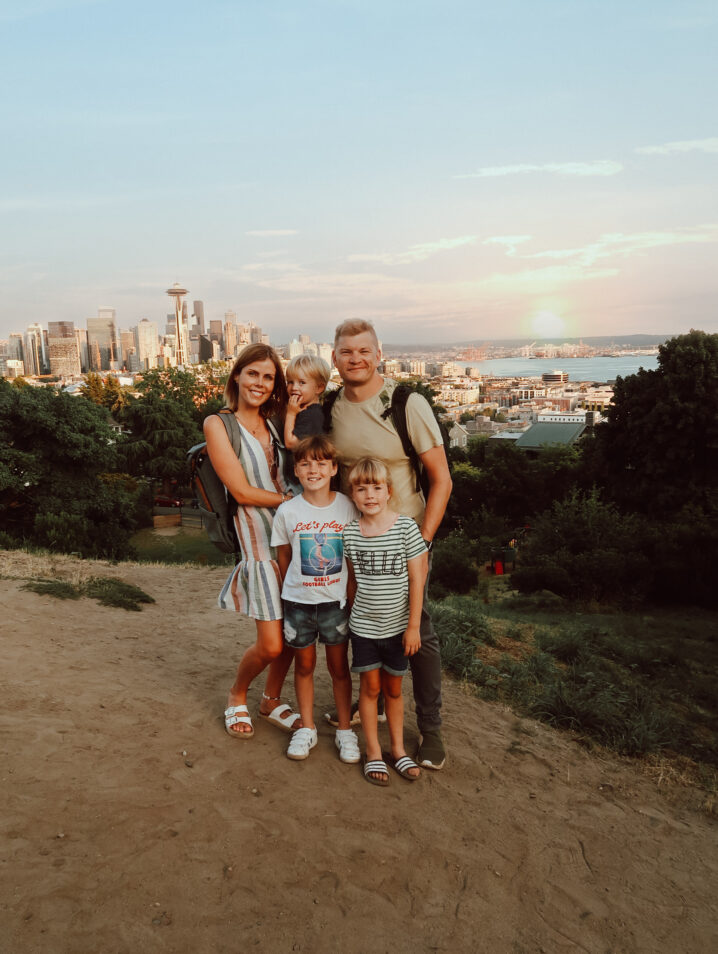